“The weeds are already turning faded gold … the sunsets begin with carrot color and end with a dark beet color … and the heart desires golden and grey days of autumn.”[1]

On the thirtieth anniversary of the Tel Aviv Museum of Art retrospective for Avigdor Stematsky (1908-1989), Hezi Cohen Gallery is proud to present a selection of the artists’ central works.

The exhibition includes a selection of oil on canvas landscapes, abstract paintings and late works in tempera on paper. The selection assembled originates from the artist’s estate, from private collections and from the Israel Museum, Jerusalem.

Avigdor Stematsky was born in Odessa and immigrated to Palestine in 1921, studied in Bezalel, founded the art group “Masad,” and was among the leading figures of the “New Horizons” movement (1948-1963). His early paintings were figurative. During the 1930s and early 40s landscapes and portraits dominated his expressionist paintings,their weighty, warm colors highly influenced by the School of Paris (École de Paris 1918-1940). Especially apparent was his admiration for Haim Soutine, and intense identification with Soutine’s yearning for the sensory dimension of materials. “The only explanation a painting can have is the quality of its plastic emotional expression, sometimes substituted by the story,” Stematsky wrote, and he added: “Of course pure emotional charge does not make a painting. A painting needs some order. There is a sort of necessity to stream emotion and experience – authentic as they might be – through channels of composition.”[2]

Stematsky’s art is strongly driven towards nature and landscape. In the 1950s his landscape painting underwent a reduction of the figural and a turn towards lyrical abstraction and the tension of dense stains. In November 1970 he wrote: “How bound I am to this country and to the entire Mediterranean region. Every trip and glimpse of other places is an unknown territory with different landscapes and different people.”[3] This affinity is not derived from direct observation of nature but from the experience of being immersed in it. Stematsky saw himself as an Israeli artist and associated this identification with boldness, light and color. He described abstract art as an “individual struggle,” which implies that abstraction was not taken for granted but a prolonged process bound up with struggles and decisions informed by the tension between reality and abstraction.

During the 1980s, in the last decade of his life, Stematsky began an unusual series of works on paper which were later presented in a solo show at the Tel Aviv Museum (2008): “Avigdor Stematsky – Late Works.” Stematsky sought a new way of working, distinct from the two media, watercolor and oil paint, which were previously the focus of his work. He sought a technique that would enable him to work more easily and he found it in a new medium, tempera, and in a new support, smooth industrial paper. Stematsky’s late works in tempera, exhibited here, are without a doubt the most abstract and liberated works he ever made. Avigdor Stematsky’s legacy defines, through our own time, the tradition of Israeli painting.

[1]From a letter written from Paris,in September 1970, to his daughter Noa. Avigdor Stematsky Retrospective Catalogue, Stematzky Publishers and Tel Aviv Museum of Art, 10. 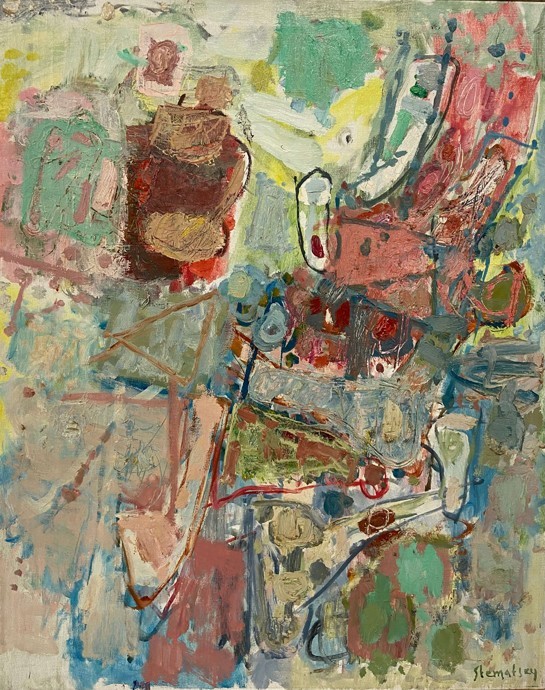 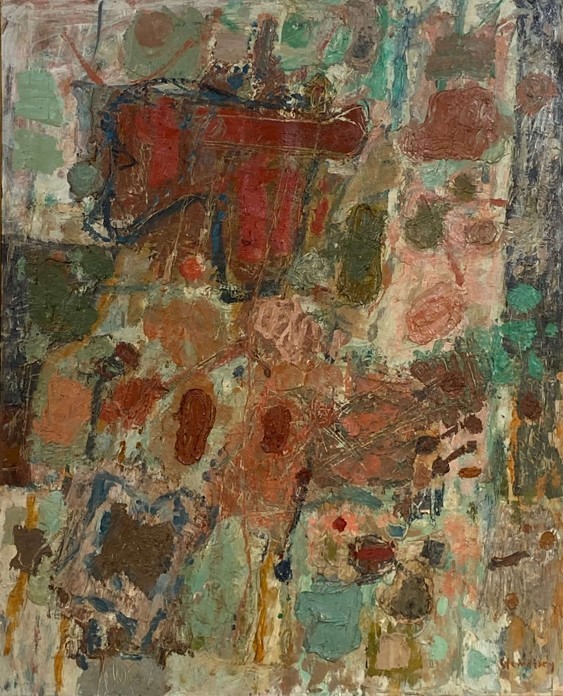 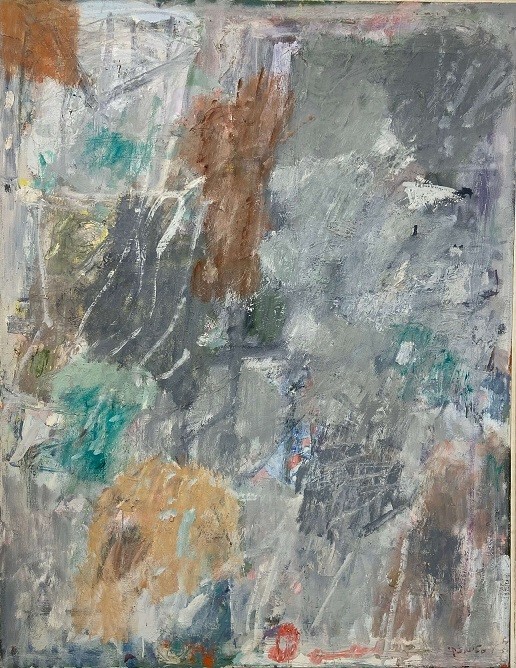 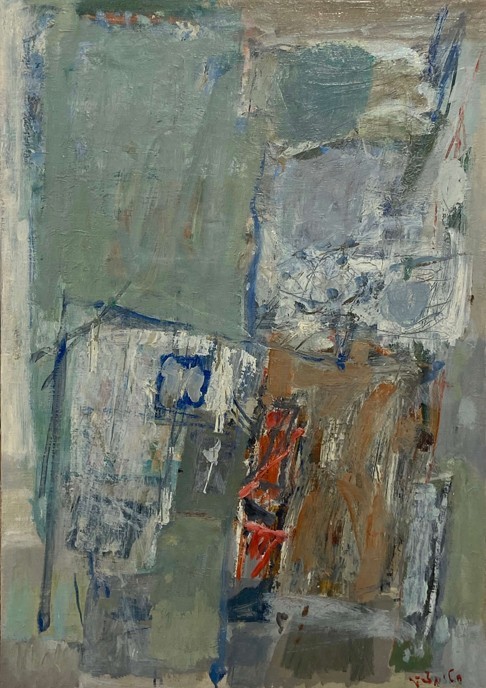 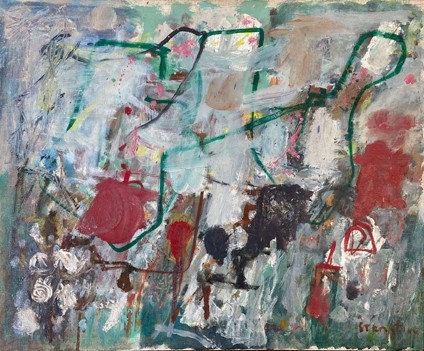 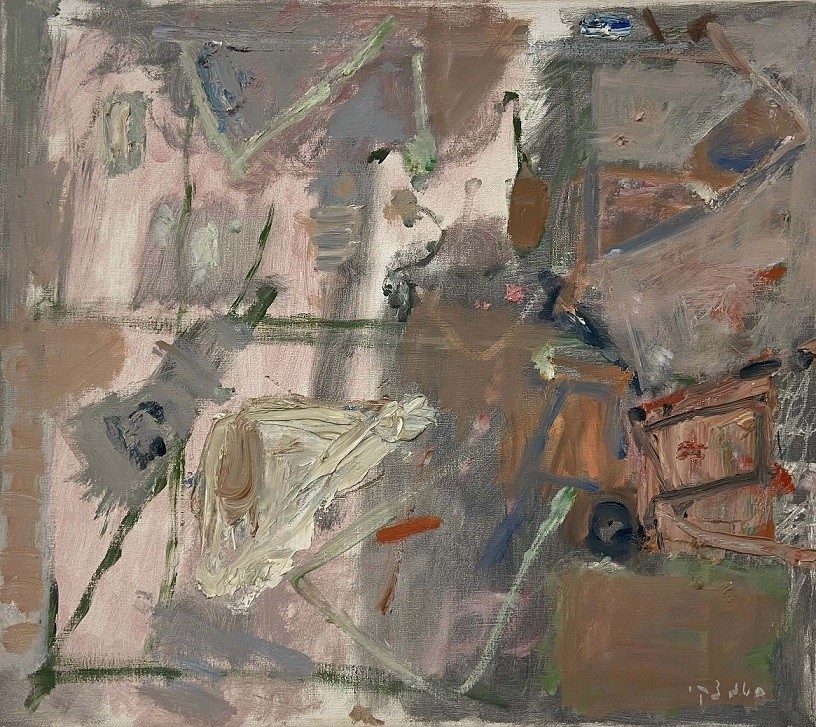 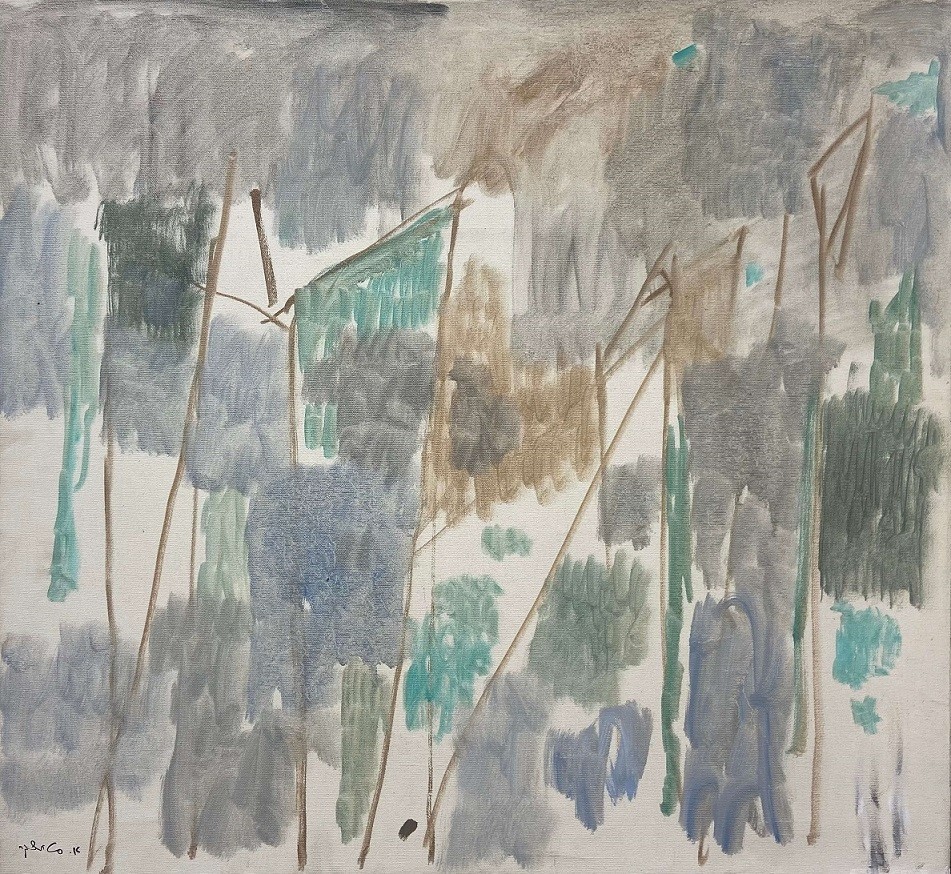 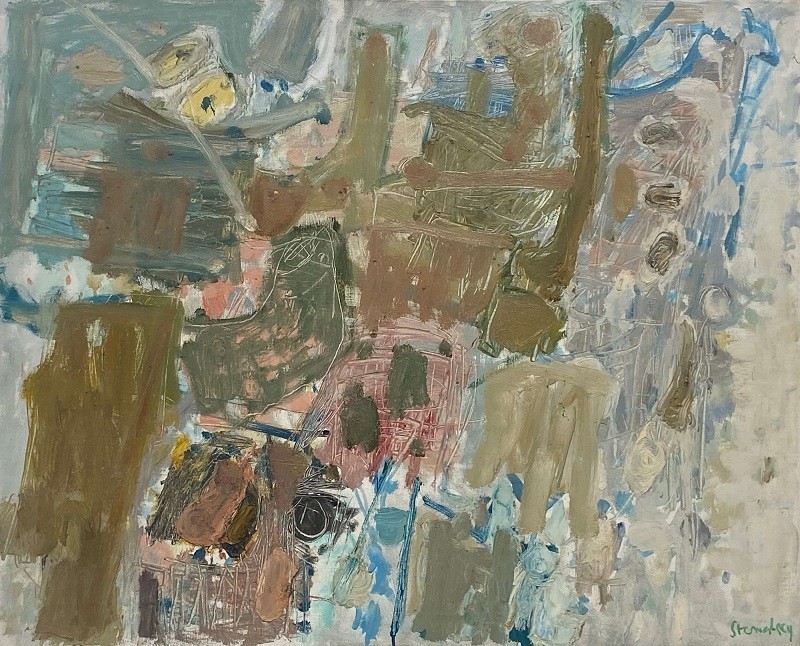 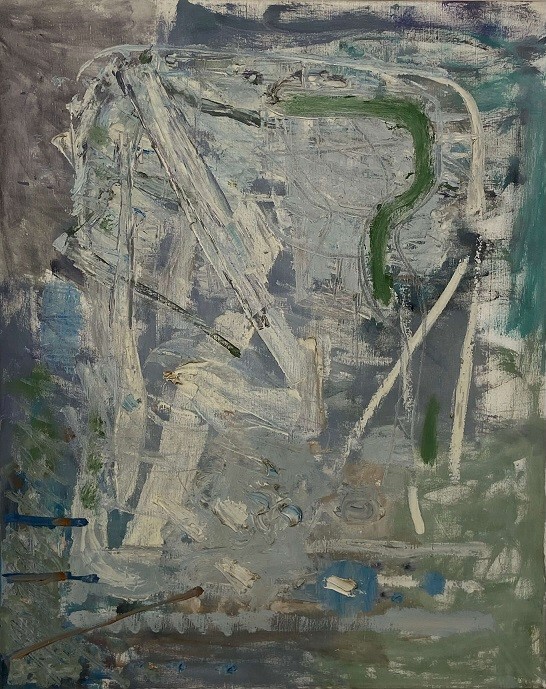 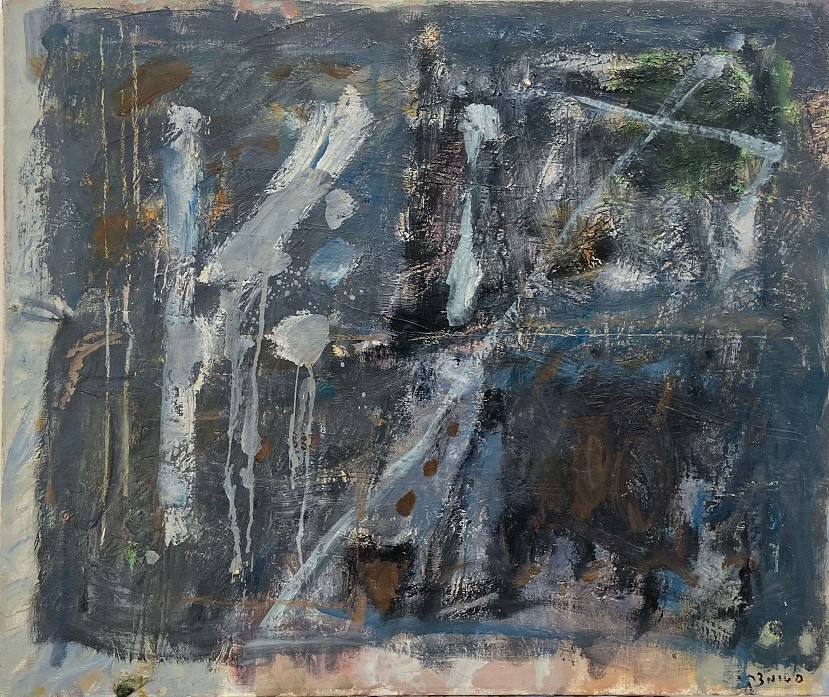 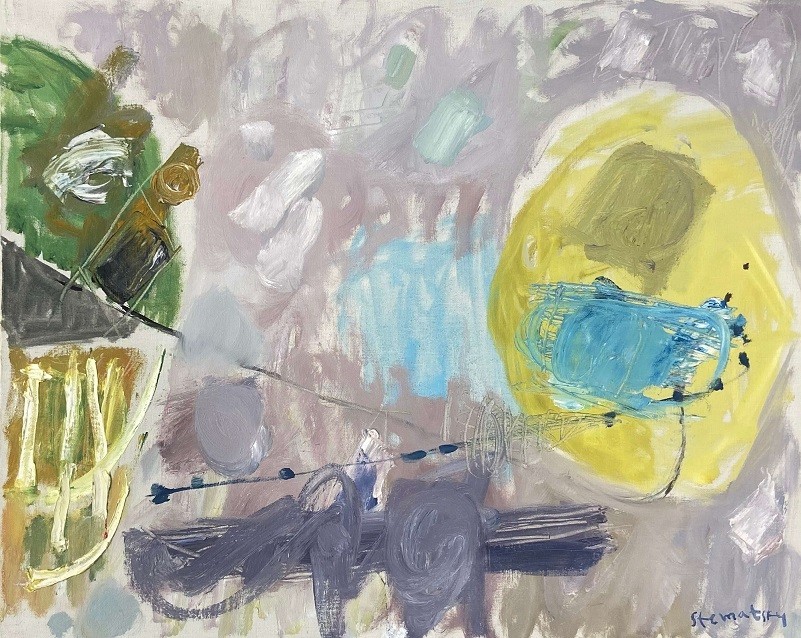 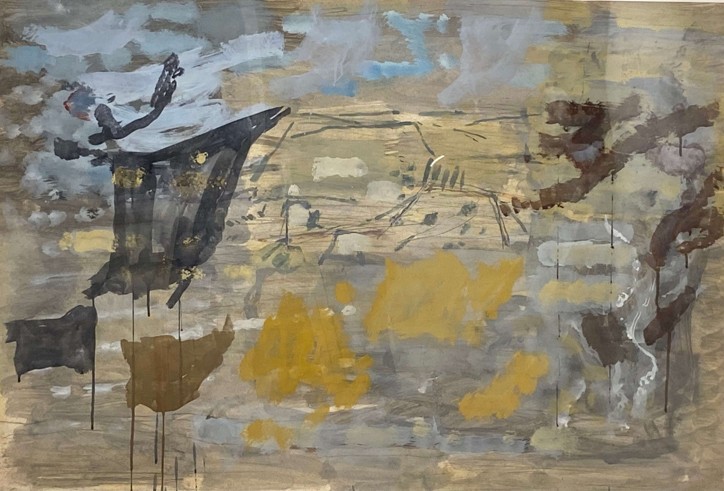 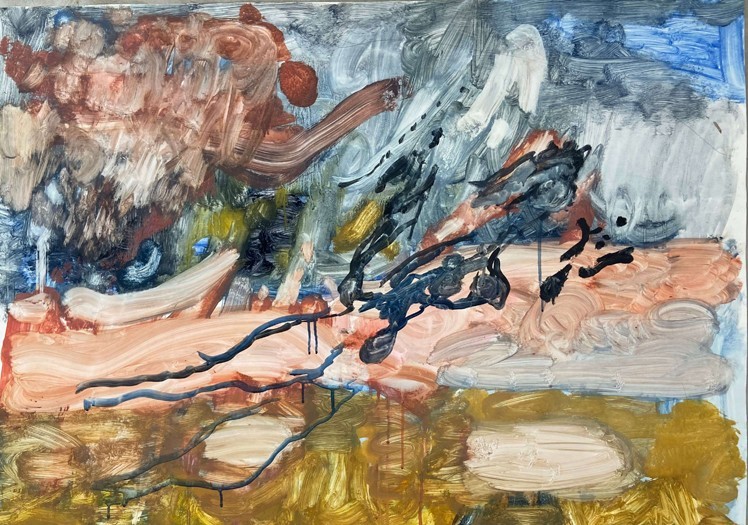 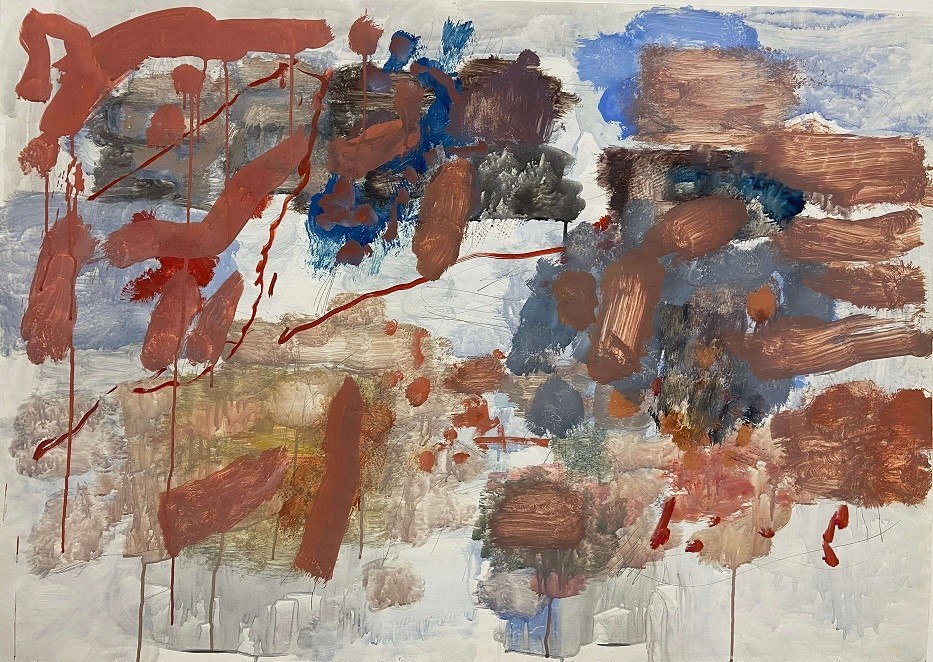 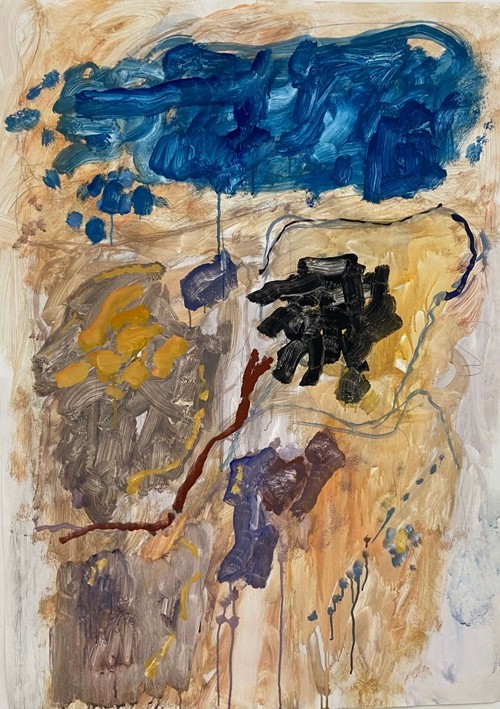 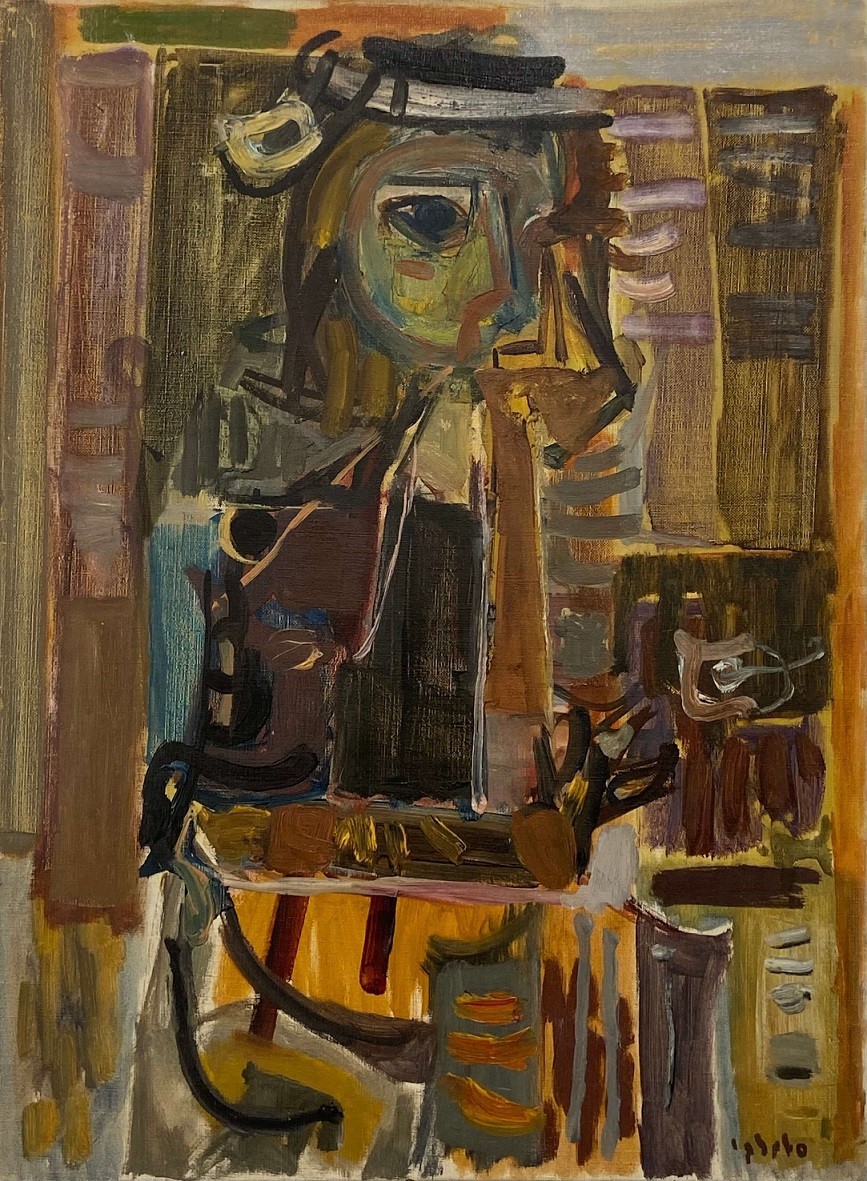 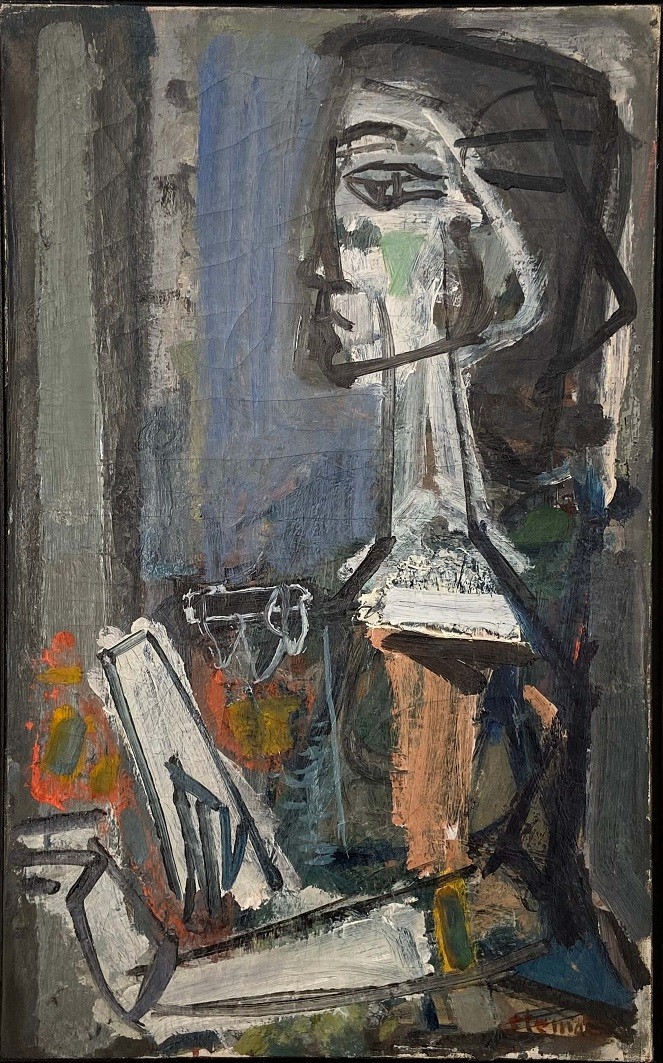 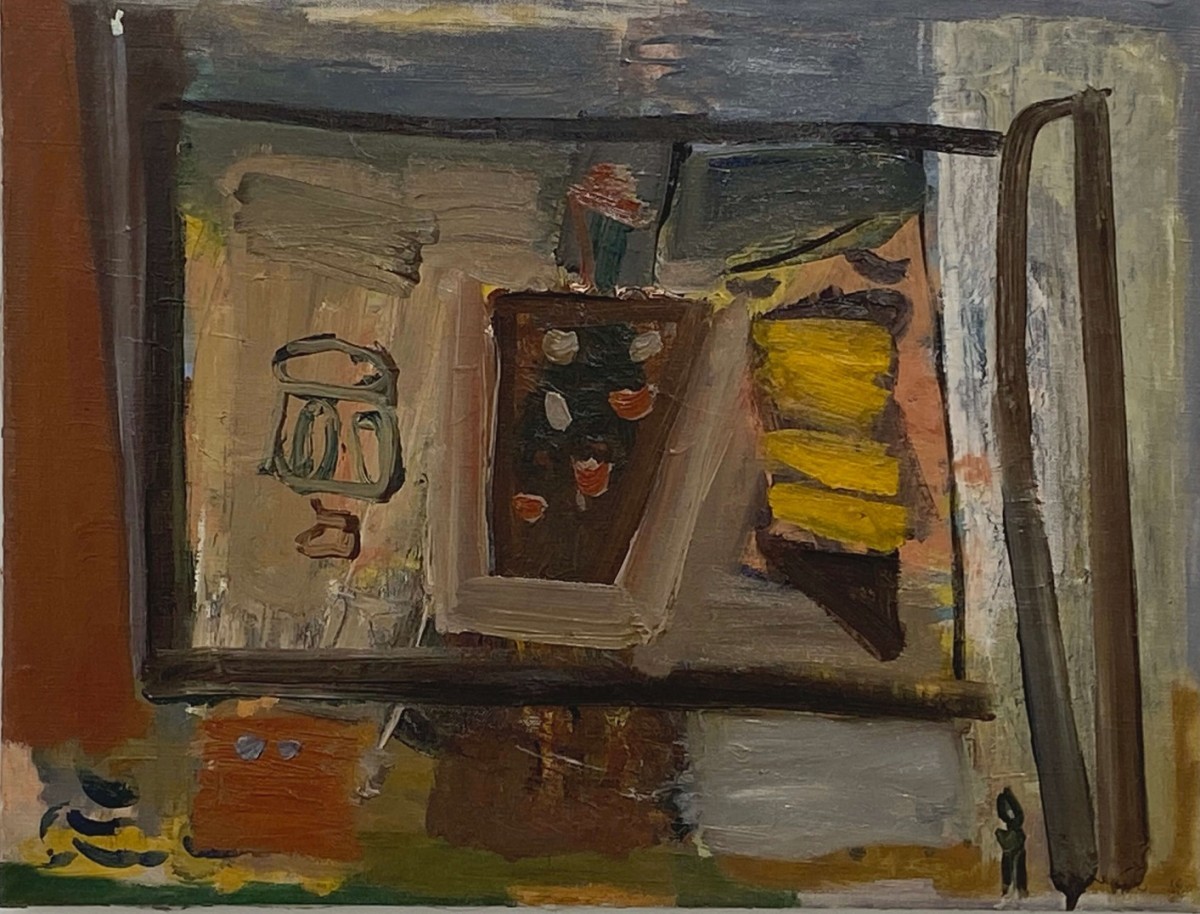 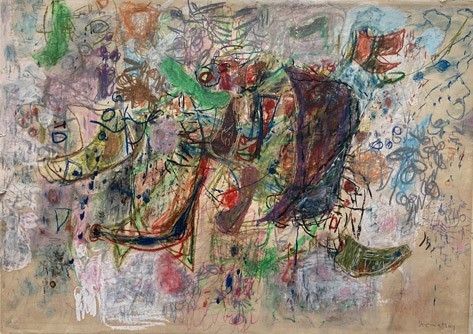 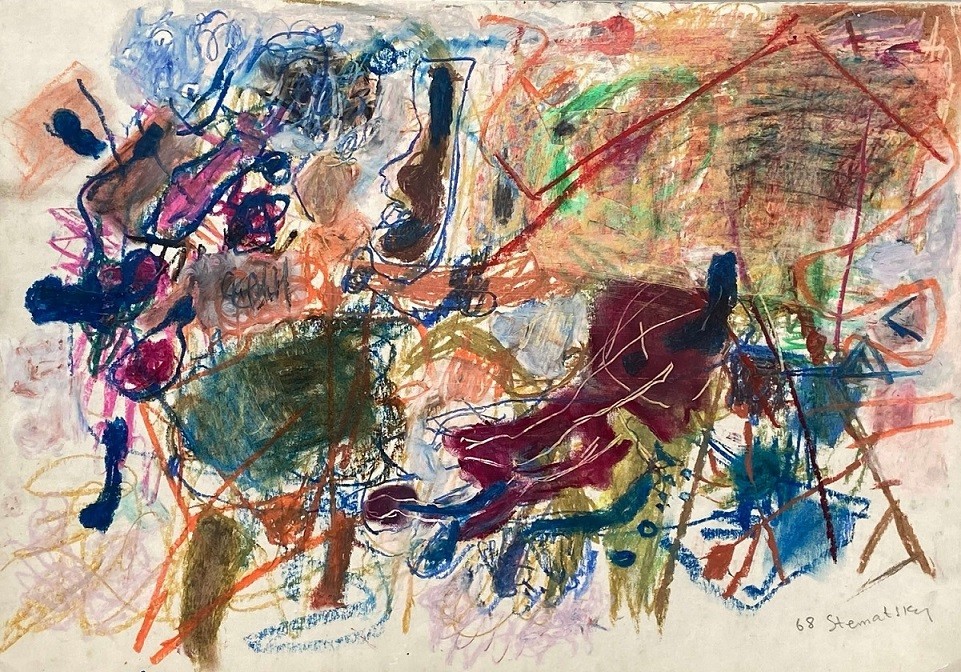 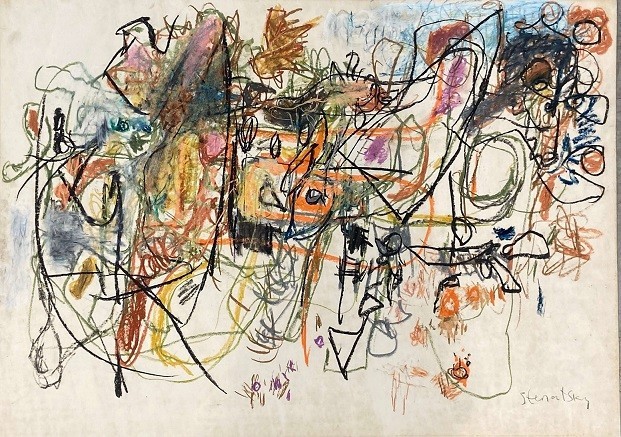 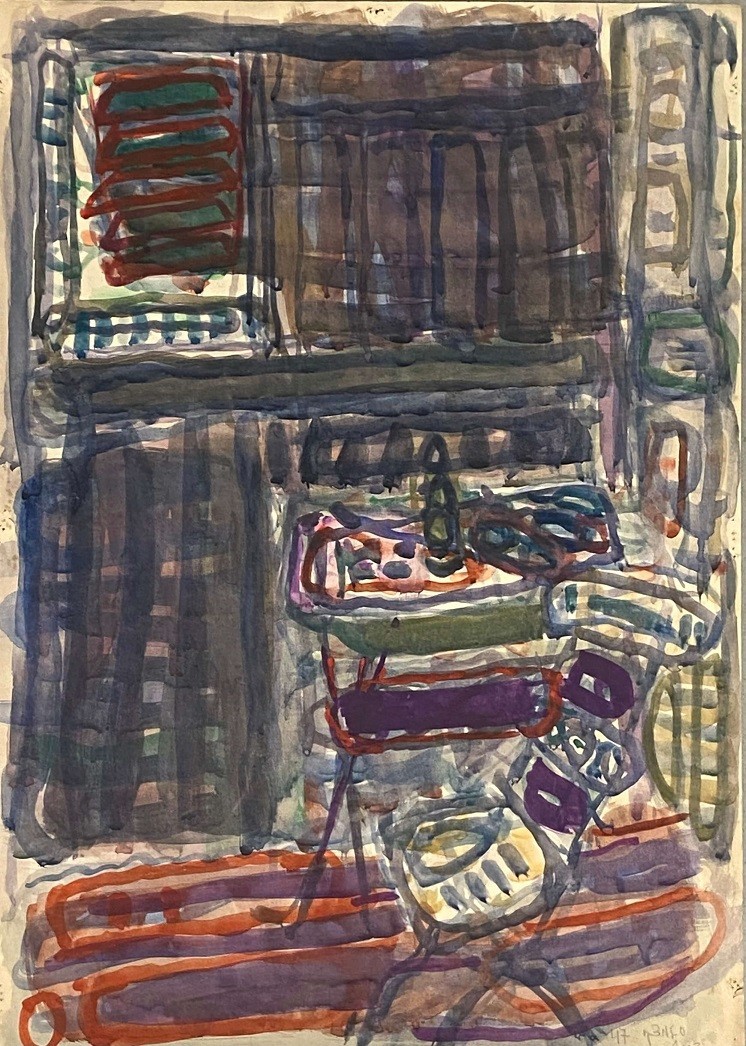 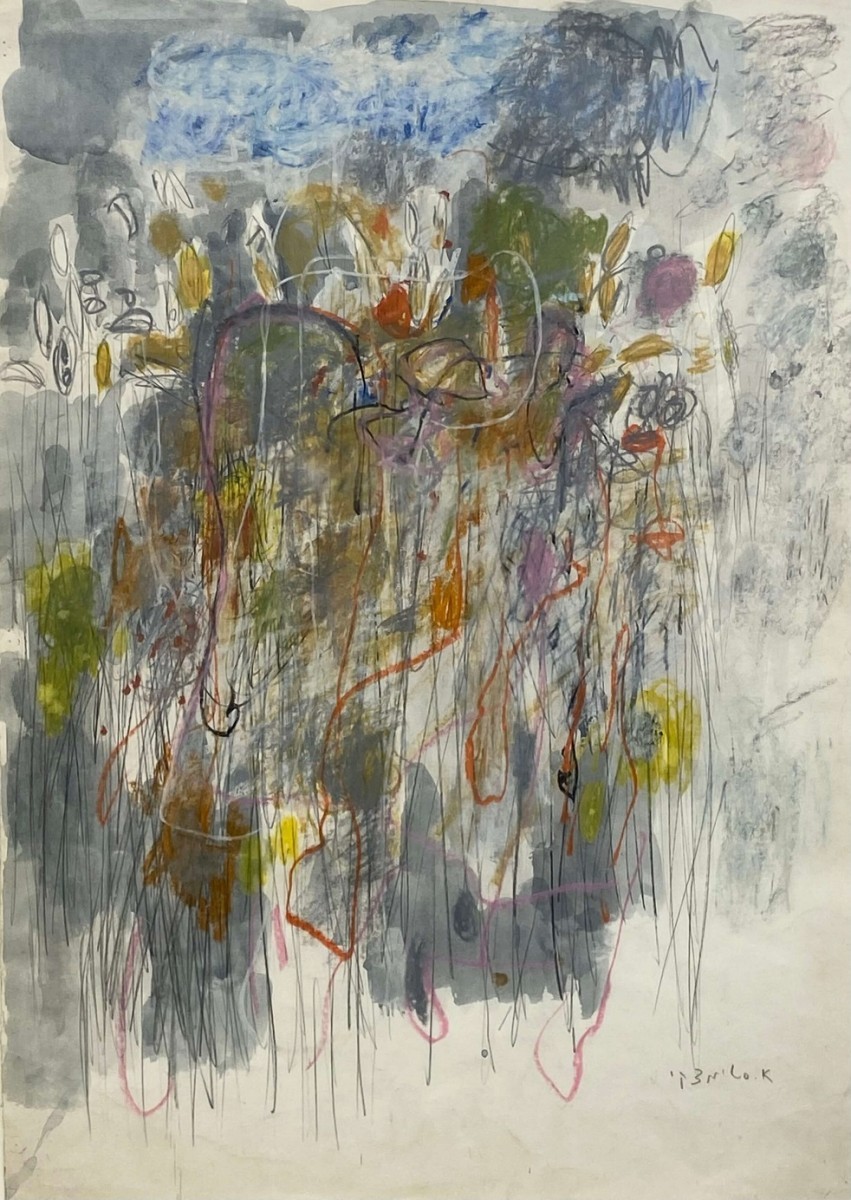 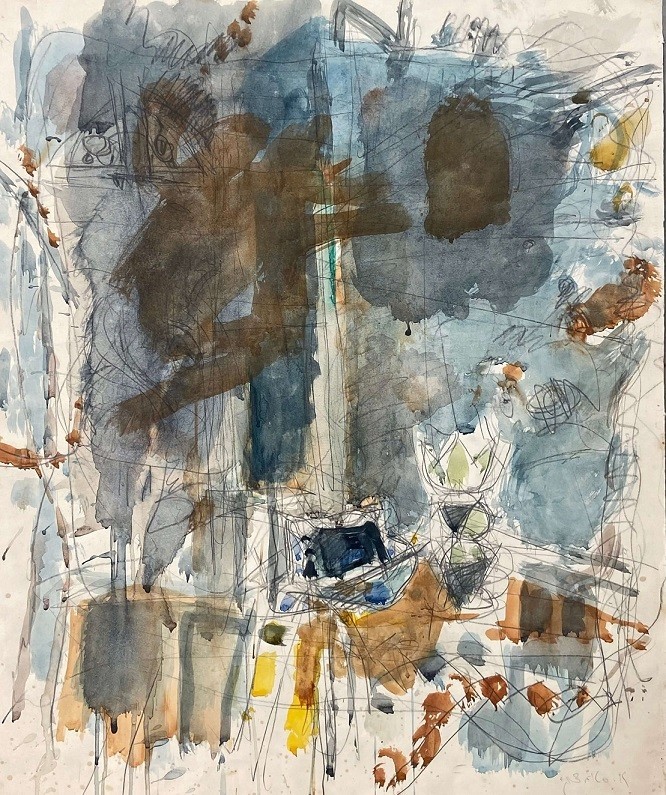