Ron Chen | Since Roaming has Begun

Daily images appropriated from computerized screens copied in a hyper realistic exacting manner onto a wood platform. Pixels in oil paints restore an image sent from phone to phone. The image is blurry because it is yet to be opened. In the digital jargon the phrase most used is that it has not yet been “charged” with data, but in fact the opposite is true: All of the information is there, the visual potential is hoarded and concentrated, charged and awaiting liberation.

Alongside the hectic occupation with screens and the images budding from them demanding a fleeting glance, Ron Chen’s series of paintings stand stilled. Their gentleness ceases the constant flow of digital imagery to and from us, and hampers their activity. Yet what is the actual activity of the images which invade our consciousness incessantly? Do they contain it, invalidate it, or perhaps the opposite- maybe the images authorize consciousness, of I? Can we decipher between our consciousness to that of digital imagery mobilizing nearby, invading and condensing into range?

In order to refer to these questions Chen’s works grant the viewer who is ridden with images an intermediate space of breath, a shaded bench which blocks a track runner out of breath on the upward motion of a mountain whose tip is unseen. On a bench one sits like an old woman squinting in order to sharpen ones blurry vision. One pauses for the true image to surface as one remembers from days past, but the image does not materialize, the imagery does not reciprocate to your efforts. The common routine has been ceased, that which acts incessantly for the reversal of the blurred to lucidity.

This series of paintings seemingly joins the trend which influenced prominent contemporary artists’. As early as 2008 an exhibition erected in the Castello di Rivoli Museum was dedicated to one of the most important advancements in the second half of the twentieth century: the transition of photography – the most common visual representation of the modern age to the muse of painting. More than one hundred works – of Andy Warhol, Gerhard Richter, Marlene Dumas, Johannes Kahrs and more – illustrated with brushstrokes a sort of common picture of modern life.1 This aspect did not overpass Israel of course and amongst local artists’ one
calls to mention Eli Petel and David Reeb, which reference photography each in his distinct manner, in particular photo journalism.

Although Chen, perhaps due to his belonging to a younger generation, does not ask to comment ( at least not explicitly) on the social, political and current affairs but rather to ponder about the manner in which the detail is configured from the inside out – it’s independence and identity. The introspection, veering of the viewpoint to the singular and the attempt to decipher the state of the contemporary detail are those which designate Chen as someone who does not paint photography, Photograph, rather the act of photography itself and the guided preparedness which escorts it. The paintings dwell, if so, on the routes of the digital image. Every painting stops and freezes another moment in the span of the life of an image from the moment of its birth on the screen of a cellular phone until its quick demise upon another screen. In this manner the substance of the image is obstructed, and in its place extends a space without matter, without a theme, without representation. Like Dr. Faust, the image gains eternal life, but in return it must pay the price of its calling: the mission for which it was created will not be complete.

For good reason Chen works with the day to day imagery, character witness, derived from social media platforms and from familiar message curriers such as Whatsapp, Instagram and Tinder. In these virtual expanses the weight of representation of the individual and the design of its image lie on the narrow shoulders of the images sent and received. These speak a violent and shallow visual language which communicate aggressively, actively and effectively, are horrifyingly efficient, messages and experiences with one objective: to advertize the individual, to talk about him, to control his image. The computerized image copied with oil paints upon wooden panels, stops the movement of digital images and simultaneously opens up an opportunity for new movement to occur in the midst of the complex layers of paint comprised from thousands of dots. In the moment of the “embodiment in the flesh” of the digital image which lacks matter, at this moment of immortalization by the human hand, it is liberated from the grasp of the mechanism.

Replacing the photograph with the painting does not cling to past tense (which may not have taken place) yet does permit dwelling, to observe the image, to truly consider it and to surrender to it. But in contradiction to the original sharp image, the painting will not ever be deciphered, and its images will not be exposed in a manner which affords their evaluation. Thus, by means of delay, by retaining digital information and transforming the image to lacking a focus and in its place an image is created that is nothing but a schematic version of an image, an atmospheric extract of the full picture. In the expanse of the image which has not yet loaded and which will never be recharged, one can think of perhaps the possibility of other forms of communication which emanate from the domain of the effective current mechanism.

1 See: A. Krill, Painting following photography ( B ): On the exhibition “Painting Modern Life”,2009, Bezalel, a journal of visual and material culture. 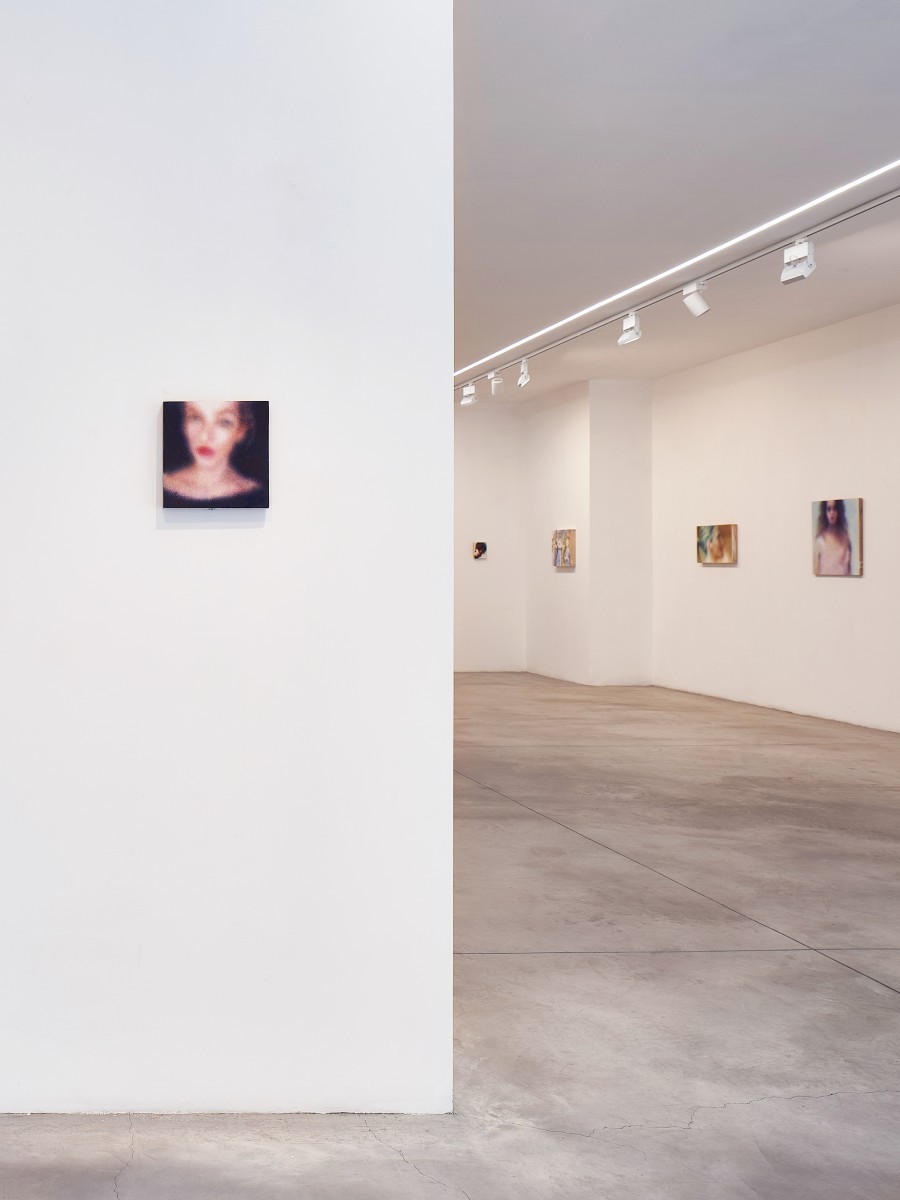 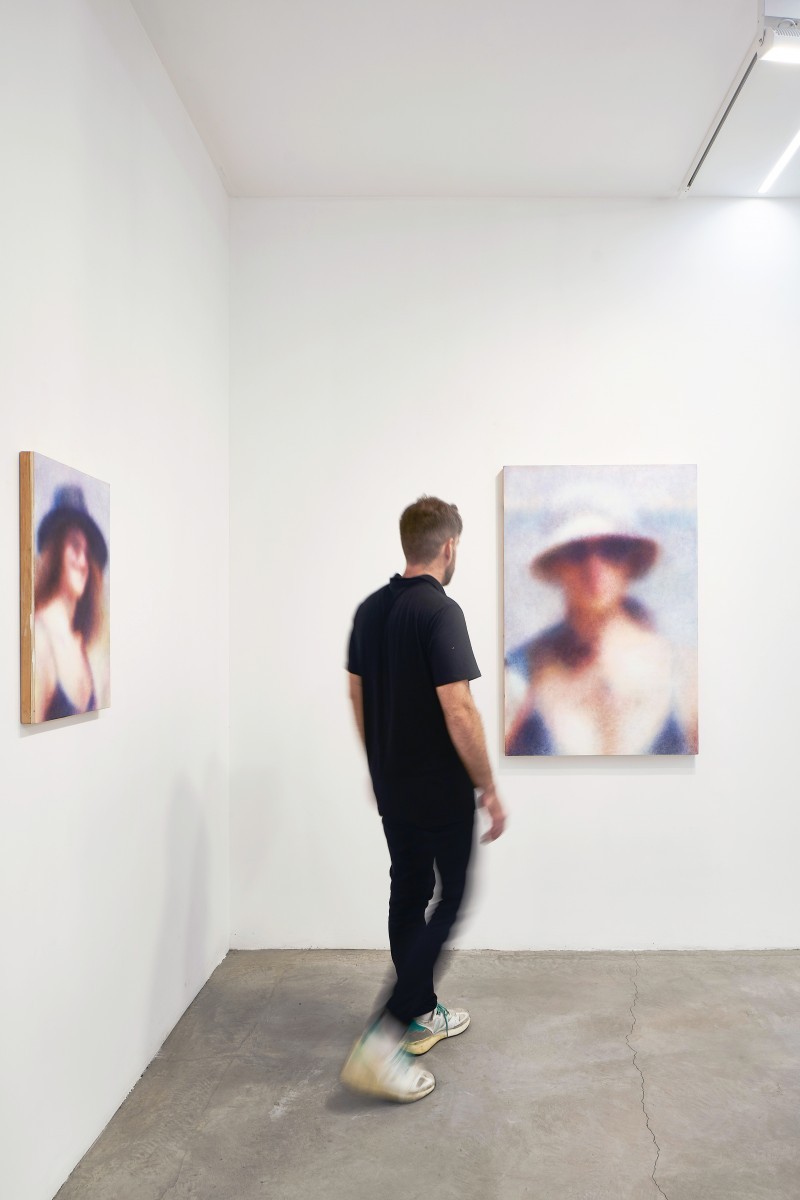 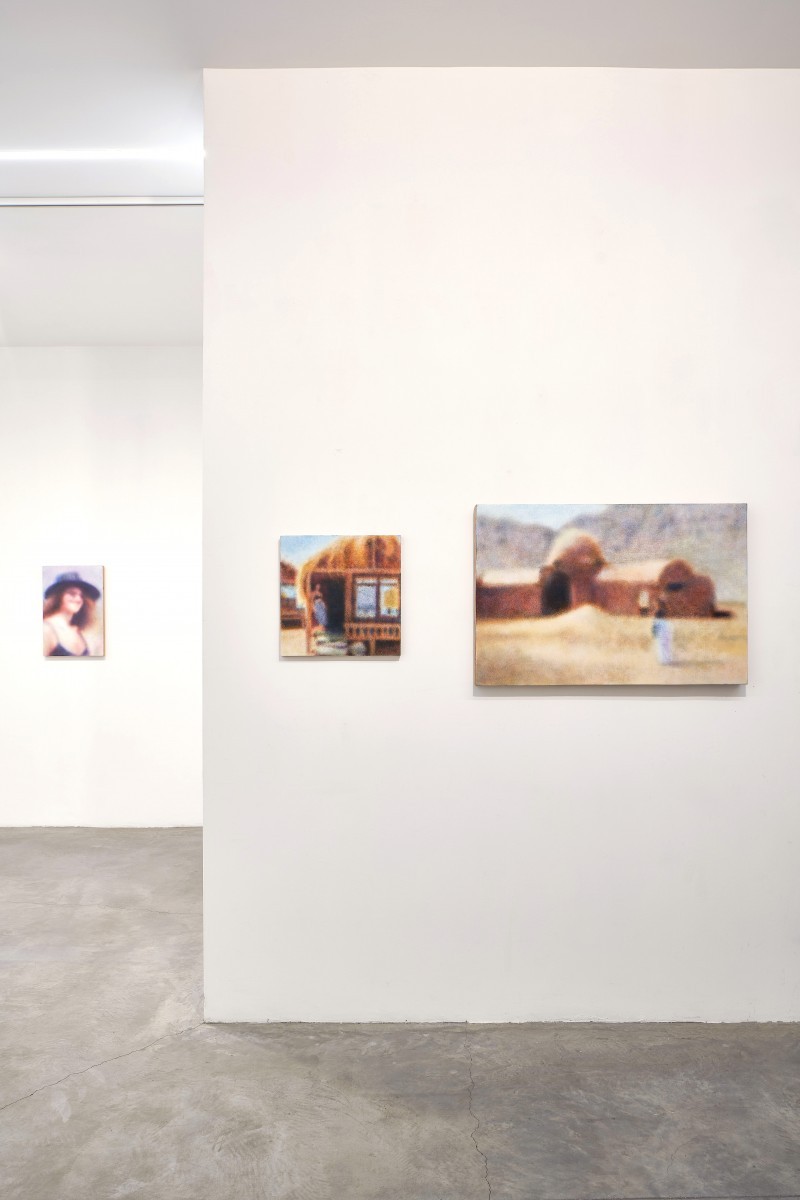 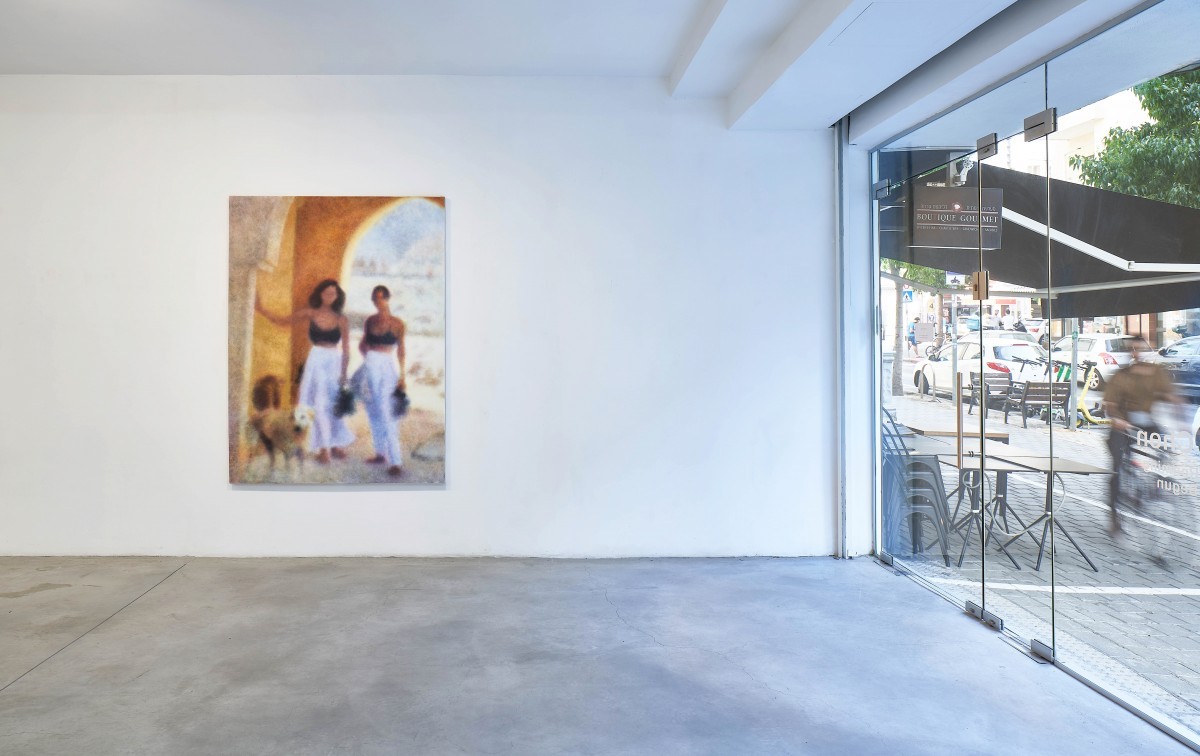