Overcast is Shay Kun’s second major exhibition in Israel. Shay is a rising young Israeli-born, New York-based artist for the past 10 years. He earned his BFA at the Bezalel Academy of Art and Design in Jerusalem (1998) and went on to earn his MFA from Goldsmiths College in London, England (2000). Kun has been showing extensively in the past years both nationally as well as internationally, mainly across the U.S and Europe.
Overcast is the first time Shay goes beyond outsourced art history and creates works with a personal background. Shay is not “borrowing” imaginary tenants or tourists into his scenes of compelling calamity; he is actually the landlord in these adventures. At first glance, there is some unease mode he is trying to grasp: the figuration merges with the geometrical, color creates structure and lines create patterns. Looking into thework you can’t help but notice a distinctive conscious state and a scratchingvoice in response to a visual diary he feels trapped in/ surrounded by. The main thread throughout this exhibition extends between covering and exposing, affection and solitude, openarms and dead-end. Shayportrays in a traditional painting style what occurs when dilated pupils feellike after a long stare in search of self growth.
Shay recounted one of his childhood memories to me which I thought should be kept as-is:  “I remember myself in my childhood sitting down in my mom’s studio.  My mom is an outdoors painter, but at that time, I could only produce pastiches of pseudo-Freudian Van Gogh-like-types of work, and my mom’s work’s affliction of sublime testimony seemed too simple and sincere to justify. I remember asking myself if these welcoming paintings were part of my gene set. Today, in retrospect, I know that both of my parents’ work shaped my style; those untouchable materials in my youth and throughout my education became the only motives to put a choke-hold on me and did not let me go. My exploration is not tongue-in-cheek but an emotional exploration of the point of departure between my mom’s celebratory landscapes and my dad’s decaying and deteriorating ones. My work infuses both their styles while also going into unmapped territories. It is seeing how I can add my own small voice in liquefying this unfinished symphony.”
Looking into Shay’s new body of works it seems that there is incredible creative energy in looking at what you were given growing up, and then making a different version of it later on. He makes it with so much more knowledge and intelligence, and declares: “’You’ve given me this, so I’m giving you that.’ Of course, it depends on what point you want to make; art can seem angry or you can take anger and change it and make art that doesn’t seem so angry. How do you take that spirit without copying its product? Or: can you apply that spirit to where it is least expected?” I believe that Shay’s new works have a compelling essence but also a hard edge, infused with traces of humor. It is humor that has always been in his works and never lost from sight, humor that has always stayed penetrating but at the same time poignant and precise.
A lot of European artwork is domestic; it is a complete continental fascination. For example, a British artist or an artist living in Britain is going to do works surrounding the kitchen, the bathroom, the bedroom, waking up, having dinner, etc. In the late 1980’s, even Conceptualism and Minimalism were made domestic. One can’t fight the domestic in Western Culture; it is part and parcel of one’s national cliché. When a cliché is done properly like a verse in a Saint Etienne song, it can expose pop magic.
Over the years that I’ve known Shay, I’ve learned that he likes suburban trash and suburban culture. He likes the idea of not making a connection with the coolness of the center. There’s something kind of low-grade about suburban values, and there’s something that comes together in that culture from getting it both right and wrong at the same time. I see Shay’s work functioning the same way, much like the way suburban culture “bastardized” the mainstream, but not necessarily in an aggressive, punky way.
Shay says his work does not look sophisticated in the way that his previous work did. I think he had a much more difficult task in the past because his work seemed to come from nowhere and he had to prove its internationalism. Now, in Overcast, Shay abandons the familiar punch-lines for something much more meditative, just like a perfect pop song. 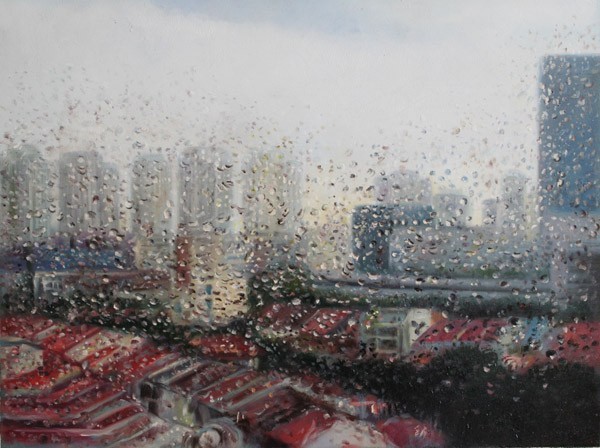 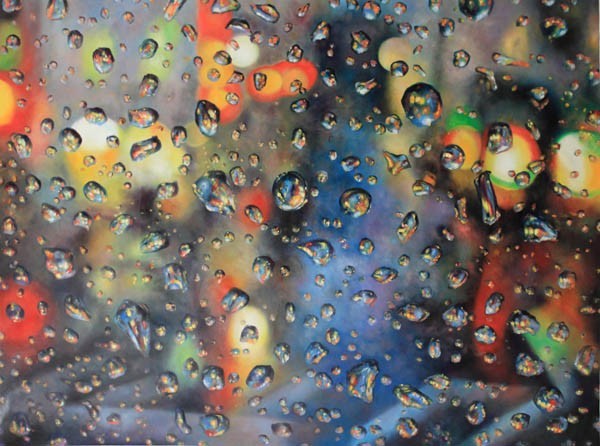 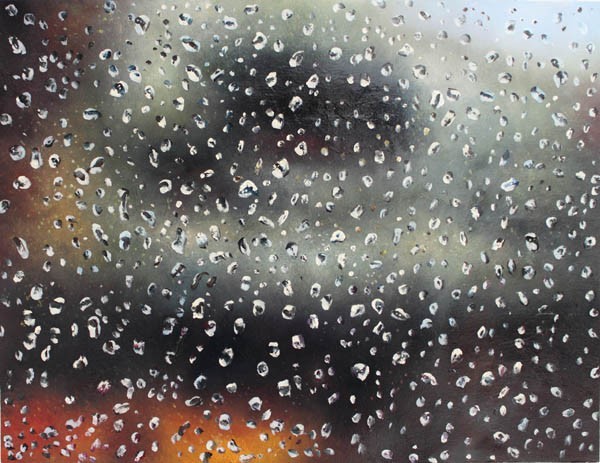 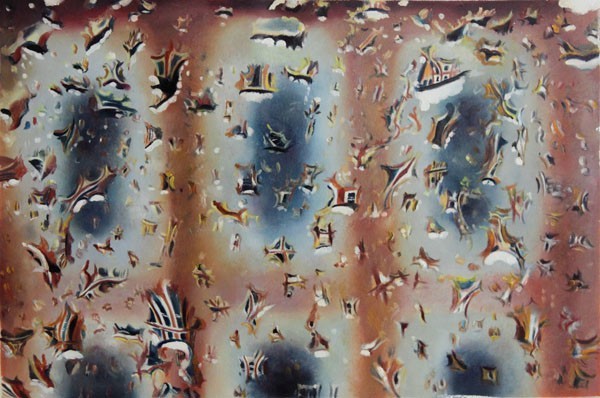 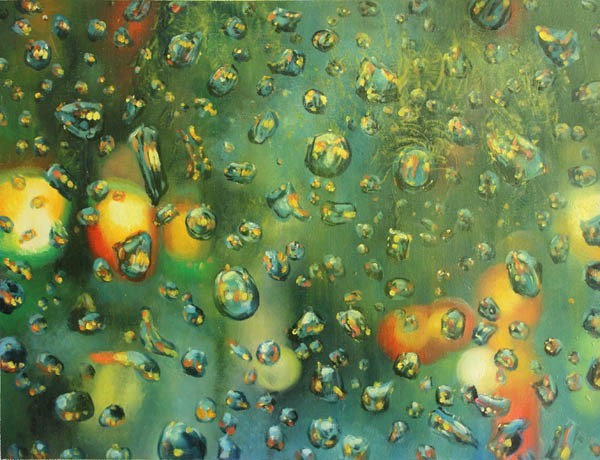 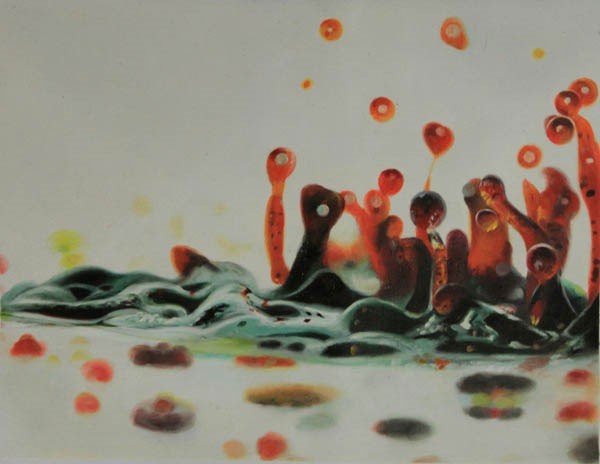 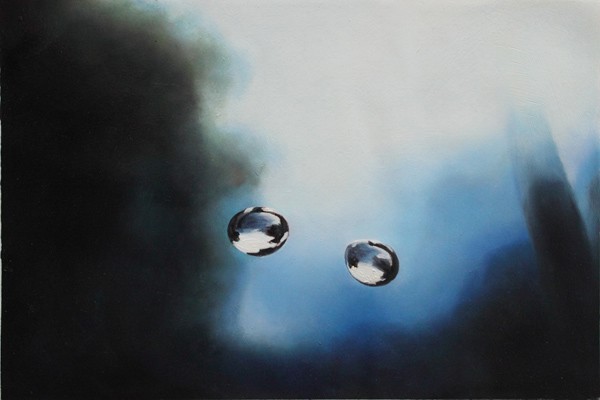 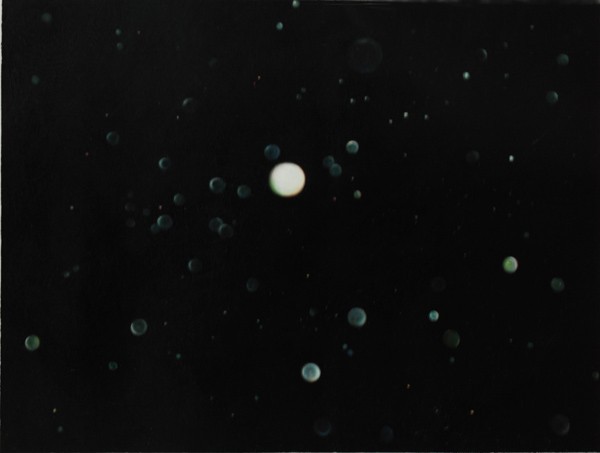 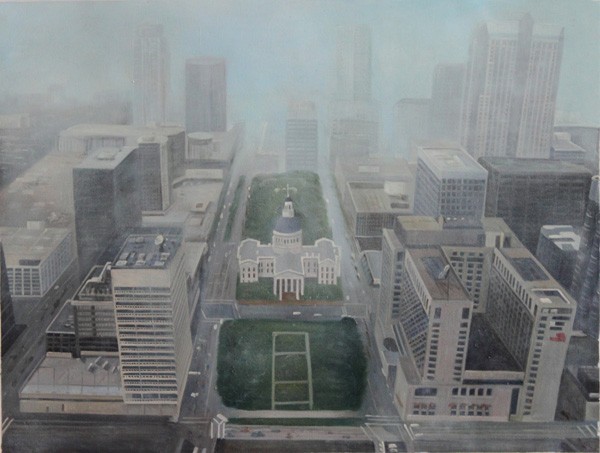 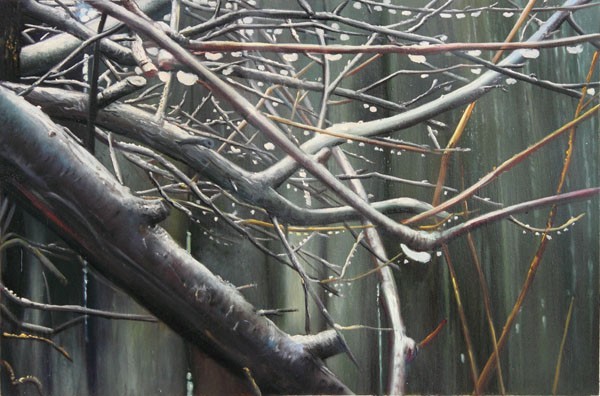 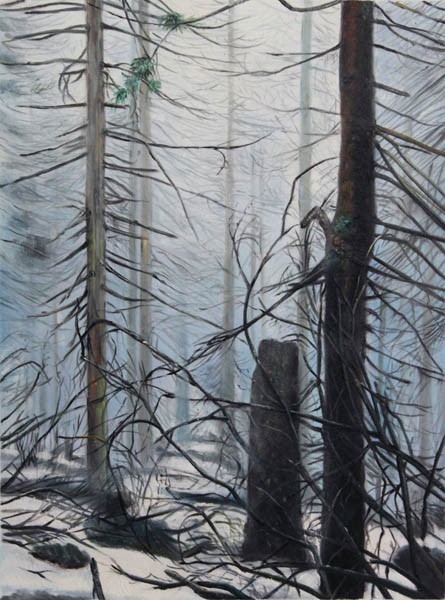 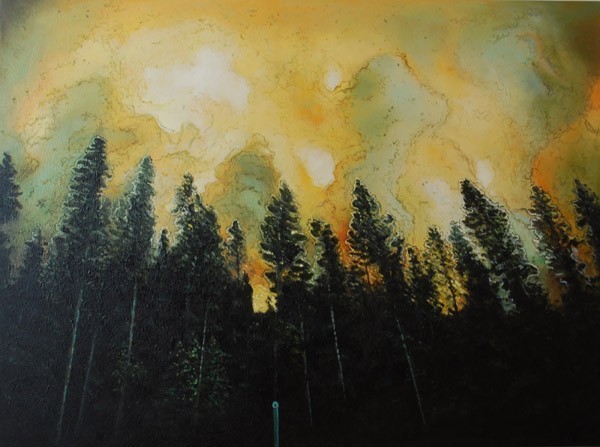 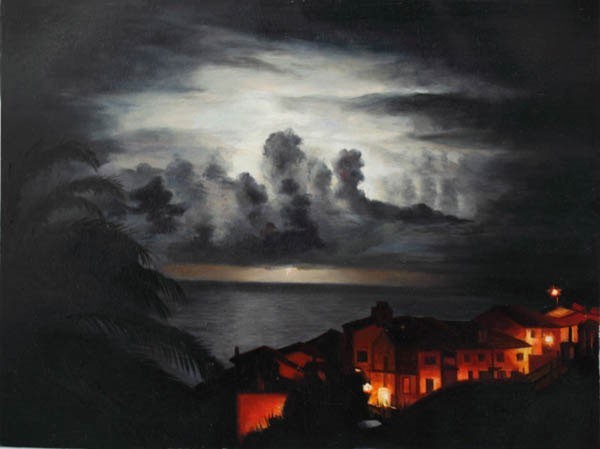 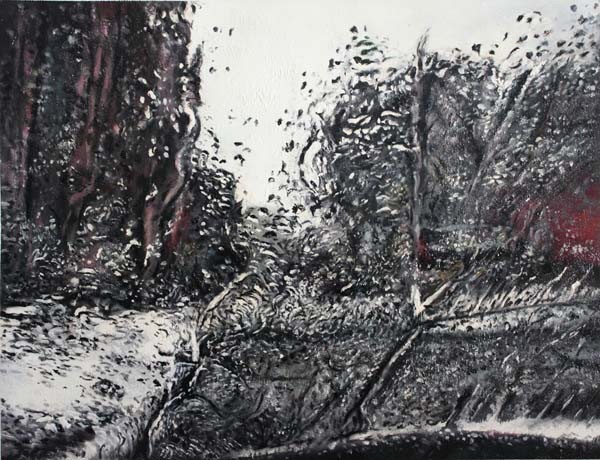 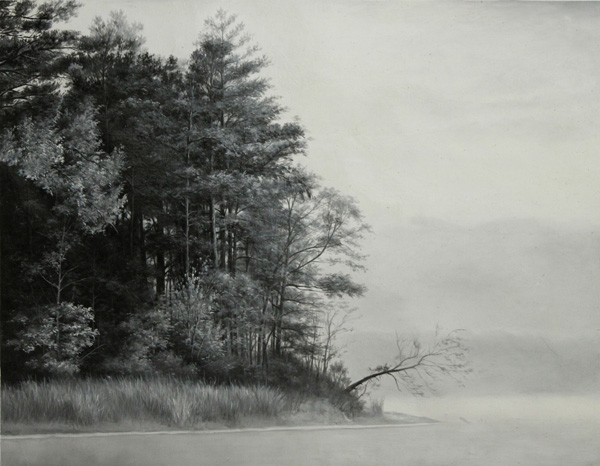 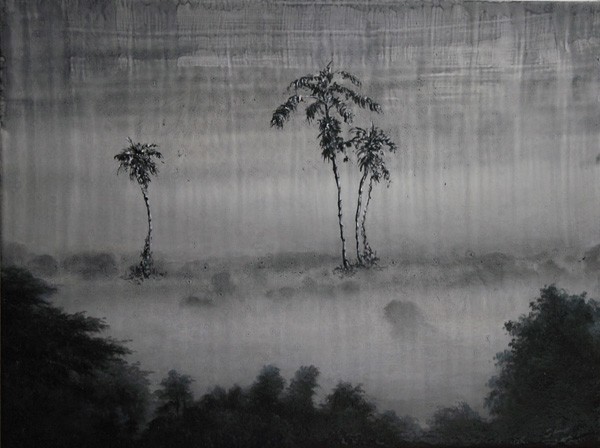 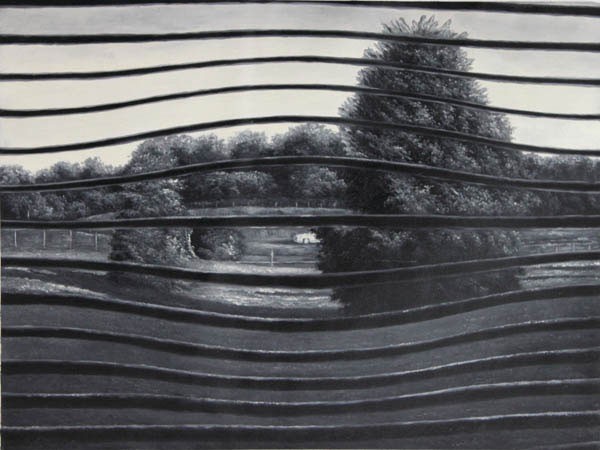 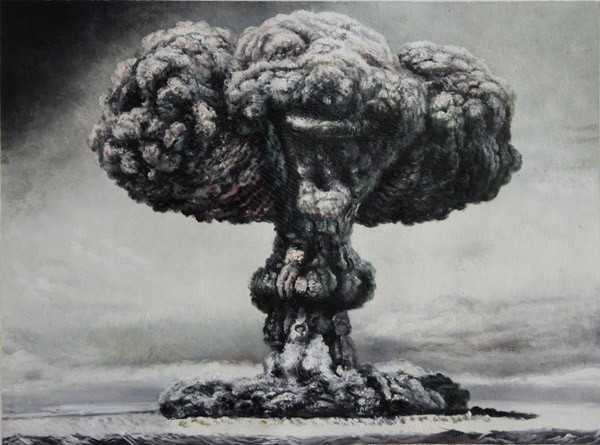 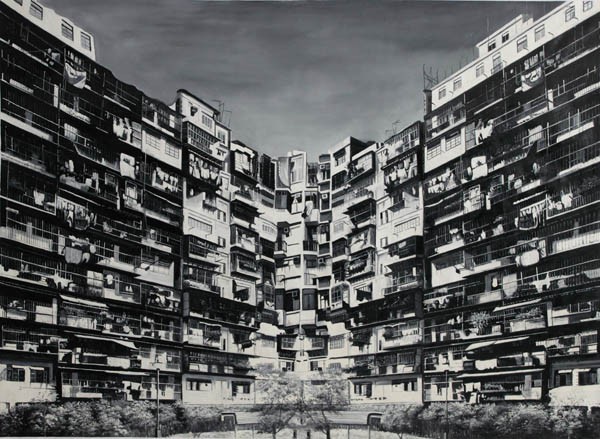 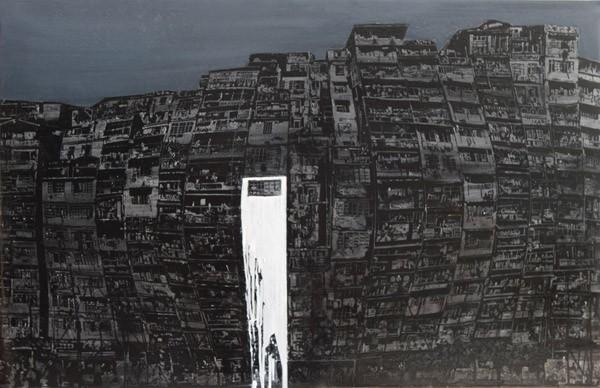 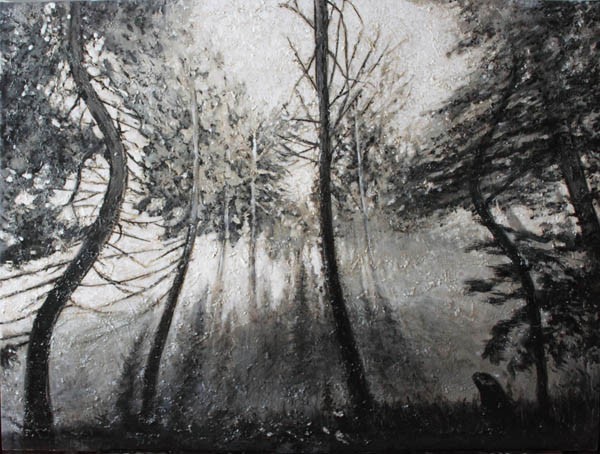